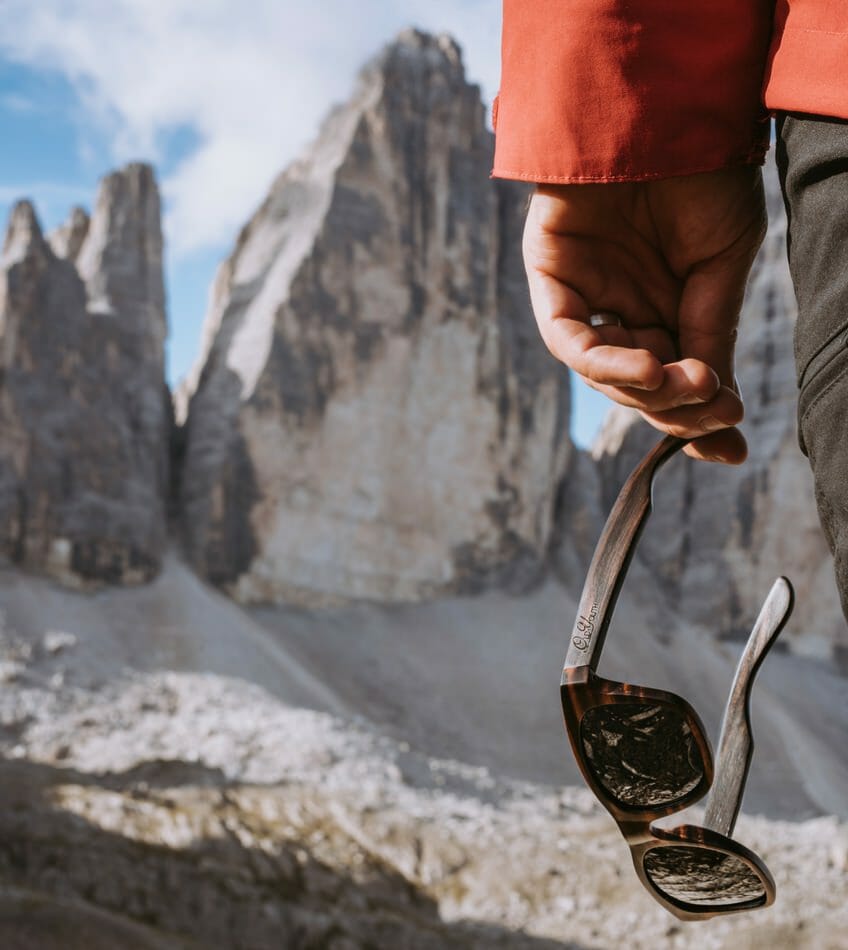 We want to work closely with travellers and explorers alike, we thrive with the opportunity to collaborate with real people doing positive things and pursuing their dreams. We want to share their inspiring stories with you, so we sent over some questions to Simon Migaj, an aspiring travel photographer who has taken the big leap to pursue his dreams  and a pair of our wooden wayfarer sunglasses have assisted him on his journey!

I  studied Architecture in uni and already at that time I’ve noticed that beautiful images were my soft spot thus I decided to take on architectural imagery (which is still my main focus), but few years ago I decided that I want something more and I’ve started doing more and more photography, later on I’ve started accepting photography related jobs and currently I’m still in this position, shooting brand and adventure photography and an occasional wedding with architectural imagery being my main source of income.

How​ ​did​ ​you​ ​get​ ​into​ ​photography?​
I always loved photography. When I was a kid my dad always had some kind of a film camera nearby and was taking a lot of photos. I wasn’t allowed to use them then, but I think that that just increased my love and curiosity towards photography and the gear required. I wasn’t able to pick up that hobby for years tho, but somewhere around 2012 I got my hands on an old Nikon D5100 and was asked to take few snaps with it at a charity event. That was it, that was the moment in which I was hooked. I had so much fun working with people, walking around taking candid photos. It was something else. Ever since I’ve been trying to get myself more and more into this field, doing research, learning techniques, acquiring gear until I felt reasonably confident to start advertising myself as a photographer.

What​ ​did​ ​you​ ​pack for your trip in Europe?​
As I was going with a car this wasn’t that difficult for me. I’ve taken three backpacks one of which contained my clothing and would always stay in the car. Second one, a massive 65 liter one, would accompany me on any hike that would require an overnight stay as it contained a sleeping bag and a tent in addition to some basic clothing, head torch, tent torch and my gear. The third one was a one day hike type of backpack, purely for gear. In addition to all of this I’ve also taken a case with my trusty drone. As it was August I was sure to get some sunny days as well so I couldn’t leave without my trusty Old Youth sunglasses.

Did​ ​you​ ​come​ ​into​ ​any​ ​difficulties?​
Unfortunately I’ve stumbled across quite a few difficulties, one being the crazy amount of people in some locations. Other ones were usually just lack of information or preparation. On the first day, after arriving in Zermatt, I found a carpark, which said “Free”. Turned out it meant that there were no cars in it at the time, not that you didn’t have to pay for it. That did cost me a bit. The worst one tho was when I’ve tried to get to the Lago di Sorapis. Lago di Sorapis is a small lake in the Italian Alps, located 2000 meters above sea level. You can get to it in two ways: easy one and harder one. I wanted to go for a longer hike and also tried avoiding all the tourists thus I’ve decided to take the long and hard road. Being no to well prepared (the hard road choice was made in the last minute) I got lost along the way, which meant that I got to the lake very late, when the weather got worse and that got me stranded at the lake for a very long time. When it finally stopped raining it was already dark and I had to hike down from 2000 meters to the very bottom where I left my car. Those were some very scary five hours of my life, but they were also one of the most memorable ones and allowed me to capture one of my best photos ever!

Where​ ​did​ ​you​ ​stay​ ​and​ ​how​ ​did​ ​you​ ​get​ ​around?
As it was still summer, I’ve mostly camped, which is quite an experience in the Alps, especially on a cloud free, starry night. Couple times I’ve also stayed in an AirBNB.

Where​ ​did​ ​you​ ​enjoy​ ​the​ ​most?​
Personally I believe that Tre Cime di Lavaredo is the most photogenic and one of the most beautiful places in the Italian Alps. From a photographers point of view it has almost countless composition options and some very interesting colours. It also has some amazing views and paths for the hikers within us. I also did manage to take a dive into the Lago di Sorapis, which was really unforgettable, so not sure which one would take the cake, but definitely those two locations I’m most fond of.

What’s​ ​your​ ​favourite​ ​photo​ ​from​ ​your​ ​trip?
My favourite photo is the one of a man swimming in Lago di Sorapis, purely because it required the most effort and the location, due to the fact that I arrived there very late and my descent happened at night, was very memorable for me personally. Plus it’s a photo of a man in perfect turquoise water!

Any​ ​advice​ ​for​ ​people​ ​making​ ​the​ ​same​ ​trip?
Probably a lot of advices, but the main one would be: do your research! Most of my issues (which luckily there weren’t many) could’ve been track down to poor planning or knowledge. Nowadays we have access to such a huge library of answers in the form of Internet that it would be foolish not to use this to our advantage while going on a dangerous trip like this.

Any​ ​plans​ ​to​ ​return​ ​in​ ​the​ ​future?​
Definitely! Plans are already forming to visit the Mont Blanc massif in the Winter and I’ll surely want to go back to the Dolomites. It’s an absolutely incredible part of the world, with dramatic landscapes and stunning colours everywhere. Once you visit it, it’s really hard to not to fall in love.

Where’s​ ​your​ ​next​ ​trip​ ​going​ ​to​ ​be?​
In few weeks I’m leaving for Maldives, which I’m really excited for. It’s one of those “once in a lifetime” type trips so I’m really looking forward to it, especially since the weather over there will be quite different to November in UK. After that it’s Senja and Lofoten islands in Norway, which should be quite something. Auroras, deep snow… should be quite magical.

Anything​ ​else​ ​to​ ​add?​
Just one thing: if you have the opportunity to travel, do it! Don’t think that much about savings, what you can buy for the money you’ll earn in the meantime or how difficult and time consuming it might be. Traveling and meeting new people will give you real life experience that will translate into confidence and and ability to deal with problems.

This website uses cookies to improve your experience while you navigate through the website. Out of these, the cookies that are categorized as necessary are stored on your browser as they are essential for the working of basic functionalities of the website. We also use third-party cookies that help us analyze and understand how you use this website. These cookies will be stored in your browser only with your consent. You also have the option to opt-out of these cookies. But opting out of some of these cookies may affect your browsing experience.
Necessary Always Enabled
Necessary cookies are absolutely essential for the website to function properly. This category only includes cookies that ensures basic functionalities and security features of the website. These cookies do not store any personal information.
Non-necessary
Any cookies that may not be particularly necessary for the website to function and is used specifically to collect user personal data via analytics, ads, other embedded contents are termed as non-necessary cookies. It is mandatory to procure user consent prior to running these cookies on your website.
SAVE & ACCEPT
Loading Comments...